Returns a reference to a range. The referenced range can be a cell, a range of cells, or a named range.

=INDIRECT(Return the referenced range, Omit if the reference is an A1 style or enter FALSE if it is a R1C1 style)

The INDIRECT function mystifies lots of Excel users and one that does not get that much fan fare, but I am about to change that for you!

To be totally honest, I wasn’t a big user of the INDIRECT function, but after seeing the various ways that it can be applied in to an Excel workbook, Financial Model or Excel Dashboard, I was hooked!

I will take you on this series in explaining how this function works, starting from the basics and moving on to real life practical uses that will take your Excel skills to another level!

REFERENCED RANGE IS A CELL

Say we enter in cell G9 the following A1 style: D10

In another cell we enter =INDIRECT(G9)

This will indirectly return the value that resides in cell D10, which is the number 32 in our example below: 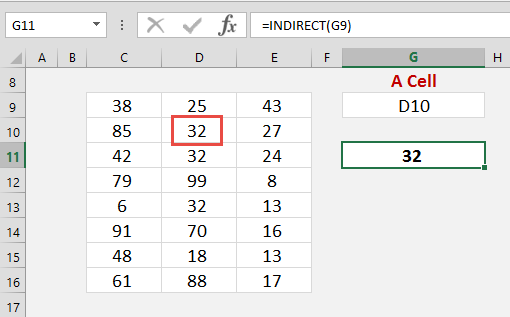 REFERENCE A RANGE OF CELLS

We can then enter a SUM function which will total the referenced cells.

In another cell we enter =INDIRECT(I9)

This will indirectly Sum the values that reside in cells C9:E9, which is 106 in the example below: 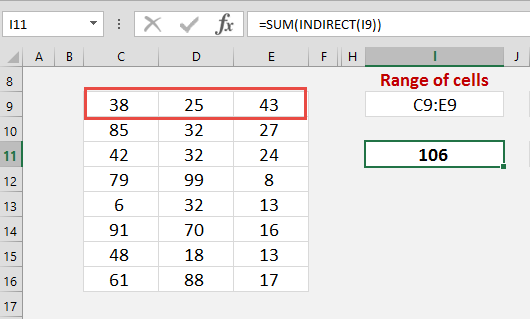 REFERENCE IS A NAMED RANGE

When the referenced range is Named Range, the INDIRECT function will go and return the content of the Named Range.

We can then enter a SUM function which will total the Named Range.

We need to create a Named Range by selecting the data range and entering a name (with no spaces) in the Name Box: 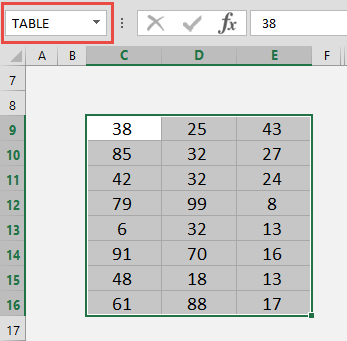 We then enter in cell K9 the following Named Range: TABLE

In another cell we enter =INDIRECT(K9)

This will indirectly Sum the values that reside in the Named Range TABLE, which is 1,007 in our example below: 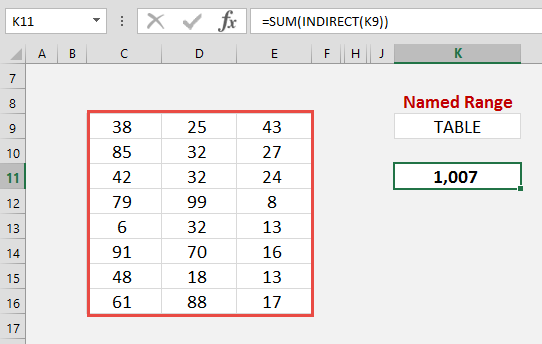 Imagine having several Named Ranges that reference different data sets within a Workbook & adding a drop down menu to show the different Named Ranges.

Using this technique you can pick & choose the different data sets and with the INDIRECT function return the summation of each, thus creating an interactive Dashboard!

The possibilities are endless and in the next tutorials I will expand on such techniques.