Total Bonus Due With An Array Lookup Formula

** Note that the LOOKUP function uses the Approximate Match argument automatically (TRUE argument in a VLOOKUP), so therefore the result_vector has to be sorted in ascending order **

Say that you want to calculate the Total Bonuses due to the Sales Reps, you can do that using the SUM(LOOKUP()) formula and then pressing CTRL+SHIFT+ENTER to turn it into an Array formula.

You will need to have your data set up into three separate columns, one for the Lookup Values (Sales made by the Sales Rep), another for the Lookup Range (Sales bonus threshold) and the last one for the Results Range (Bonus payable in ascending order) 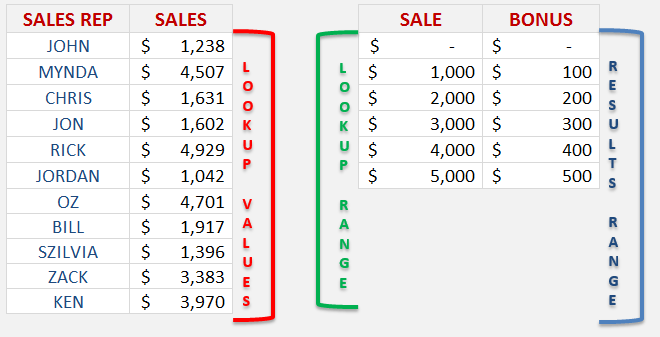 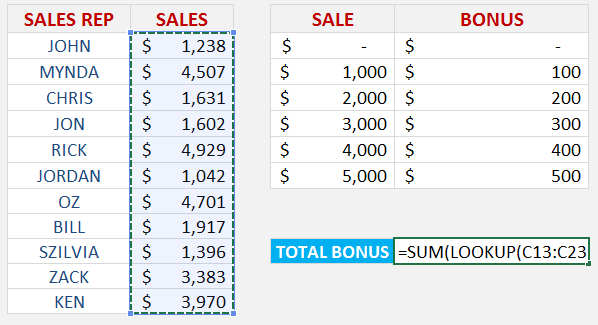 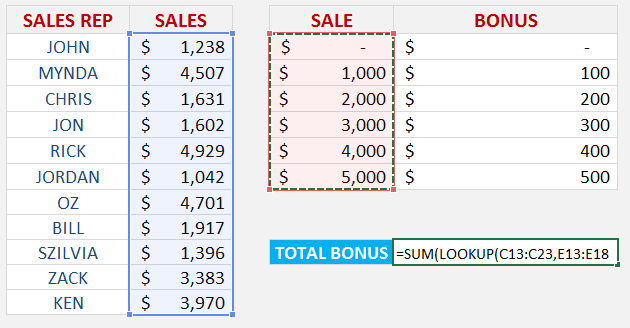 STEP 5: Select the Results Range in the Bonus payable column: 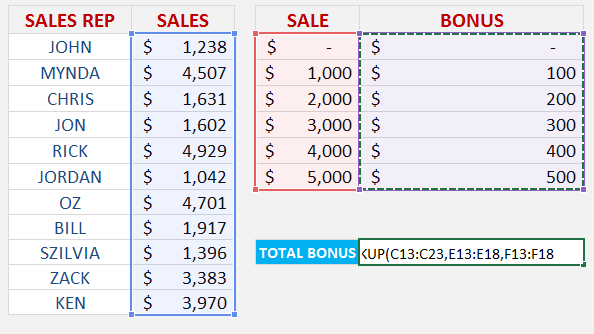 STEP 6: Instead of pressing ENTER to evaluate the formula, you need to press CTRL+SHIFT+ENTER to turn the formula into an Array Formula which will look like this: 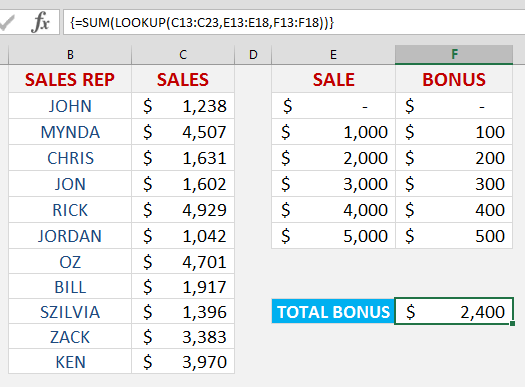 STEP 7: By pressing F9 on the selected formula array will give you the resulting array of numbers that get summed up (press CTRL+Z to get out of this mode when you are done checking the formula results):